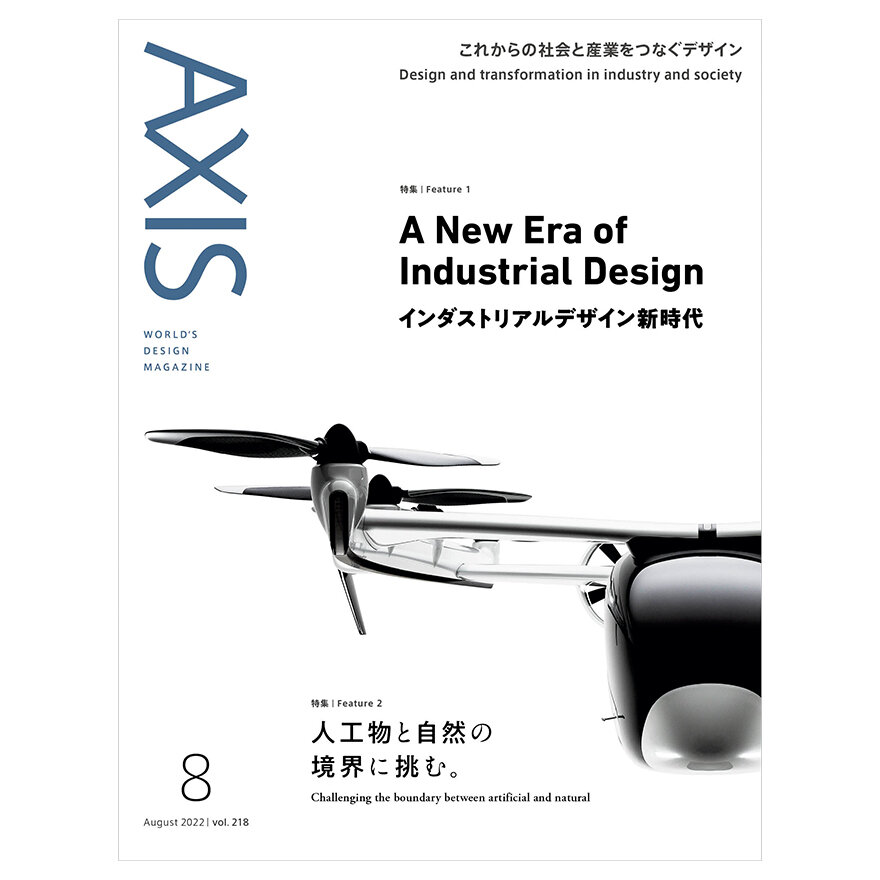 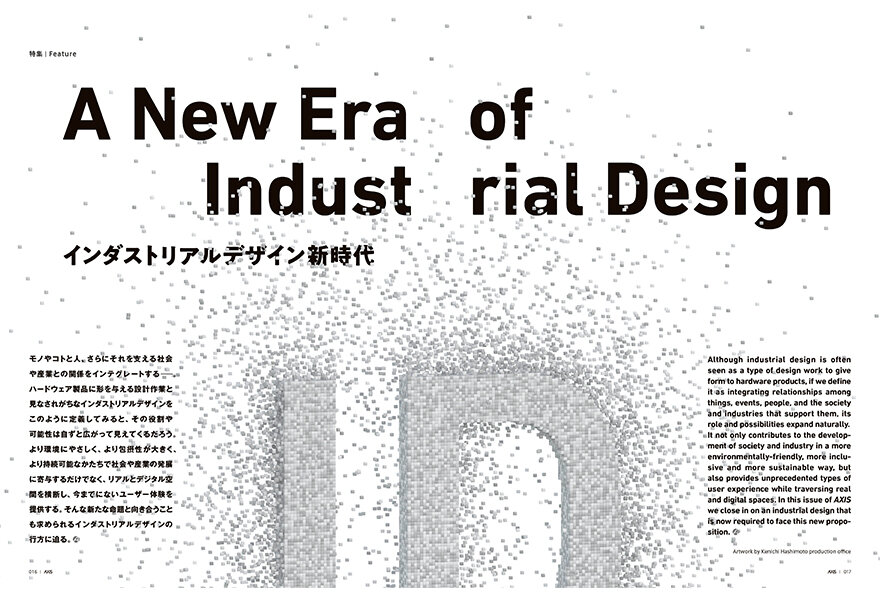 Although industrial design is often seen as a type of design work to give form to hardware products, if we define it as integrating relationships among things, events, people, and the society and industries that support them, its role and possibilities expand naturally.
It not only contributes to the development of society and industry in a more environmentally-friendly, more inclusive and more sustainable way, but also provides unprecedented types of user experience while traversing real and digital spaces. In this issue of AXIS we close in on an industrial design that is now required to face this new proposition. 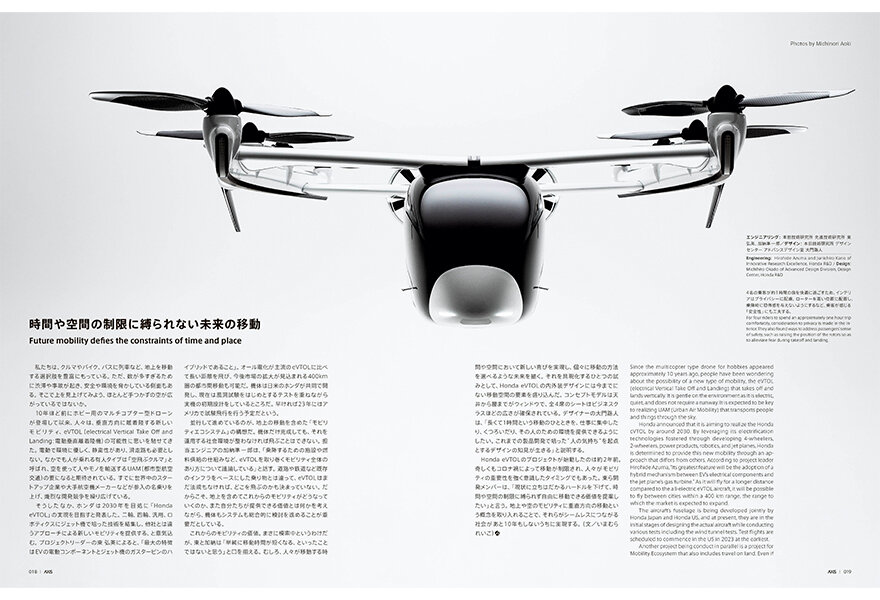 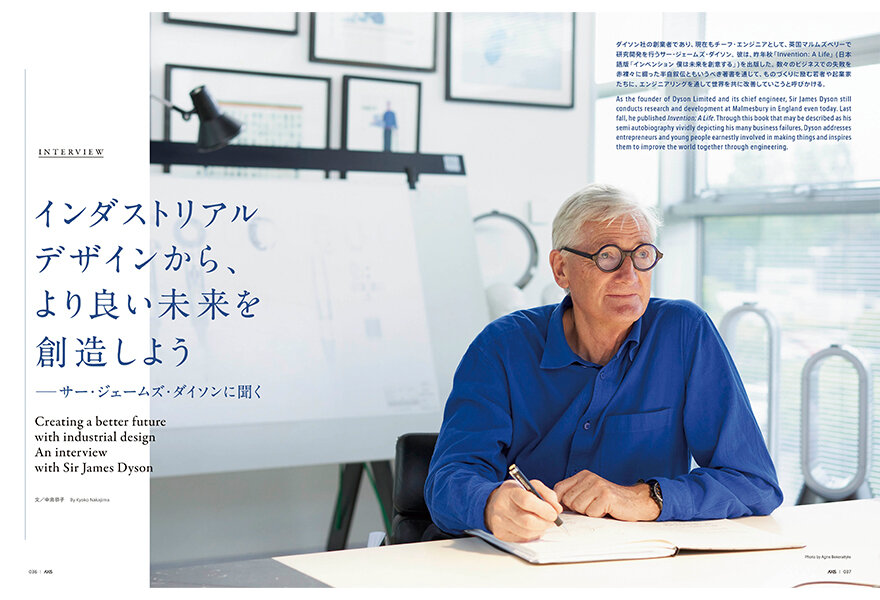 As the founder of Dyson Limited and its chief engineer, Sir James Dyson still conducts research and development at Malmesbury in England even today. Last fall, he published Invention: A Life. Through this book that may be described as his semi autobiography vividly depicting his many business failures, Dyson addresses entrepreneurs and young people earnestly involved in making things and inspires them to improve the world together through engineering. 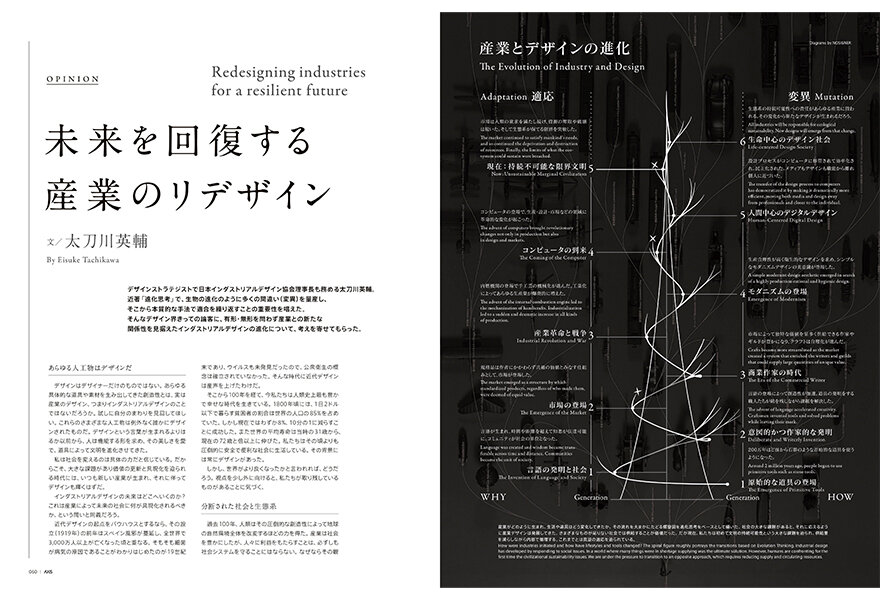 In his recent publication, Evolution Thinking, Eisuke Tachikawa, a design strategist and the president of the Japan Industrial Design Association, advocates the importance of learning from biological evolution to adopt a repeated process of purposefully making errors (i.e. mutations) and adaptating them through an organic method. As an authority in the design world, he shares his thoughts on the evolution of industrial design through establishing a new relationship with industries, both tangible and intangible.

Future 2
New harmony leading the creation of a new era 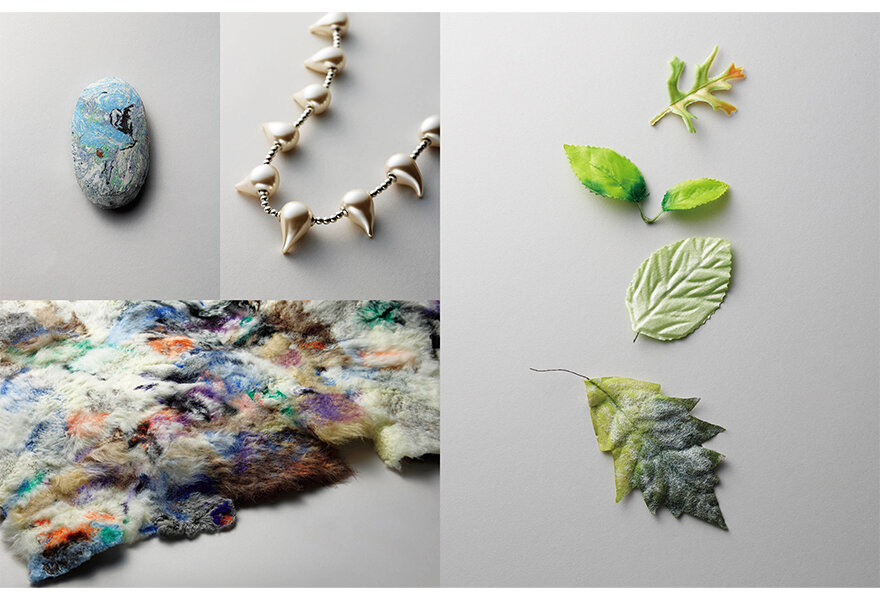 Artificial and natural--we tend to draw a line between the two. Ever since environmental issues became an urgent matter, there have been countless debates about the detriment of synthetic products on the environment. Here, we have a close-up look at three groups of designers who dispel the growing discord and take on the challenge of reconstructing the boundary between the artificial and natural from new perspectives. 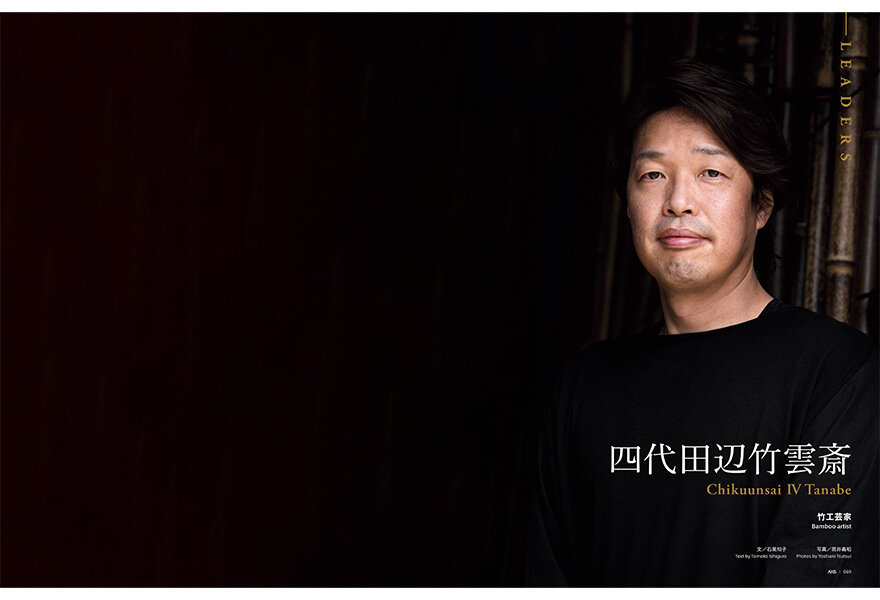 An installation piece that attracted particular attention appeared in a corner of Ginza, Tokyo at the end of April. It was a bamboo objet soaring up from the ground towards the sky like a spiral staircase. The creator is Chiku'unsai Tanabe, the 4th generation head of an artisan family that has been continuing for 120 years. As the piece is assembled solely using approximately 5,000 bamboo strips without the use of glue, it is also a recyclable piece that can be taken apart so that the bamboo strips can be reused over and over. Delicate yet powerful, it is also simple yet complex. How is such a structure possible? 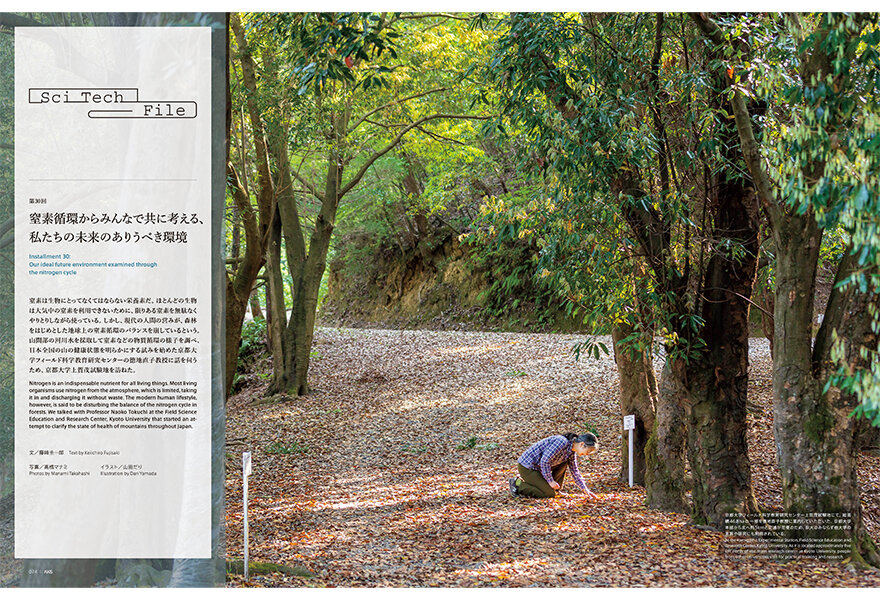 Nitrogen is an indispensable nutrient for all living things. Most living organisms use nitrogen from the atmosphere, which is limited, taking it in and discharging it without waste. The modern human lifestyle, however, is said to be disturbing the balance of the nitrogen cycle in forests. We talked with Professor Naoko Tokuchi at the Field Science Education and Research Center, Kyoto University that started an attempt to clarify the state of health of mountains throughout Japan. 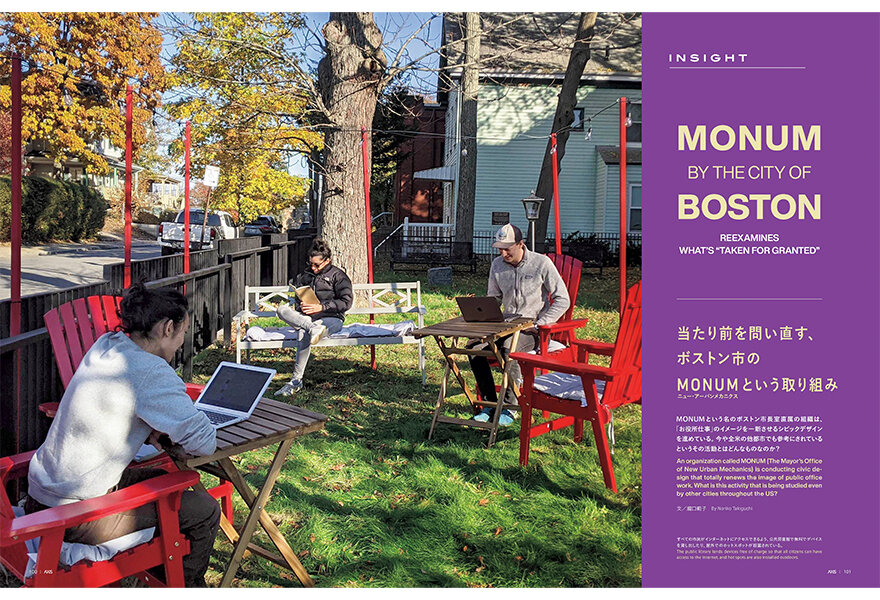 An organization called MONUM (The Mayor's Office of New Urban Mechanics) is conducting civic design that totally renews the image of public office work. What is this activity that is being studied even by other cities throughout the US?